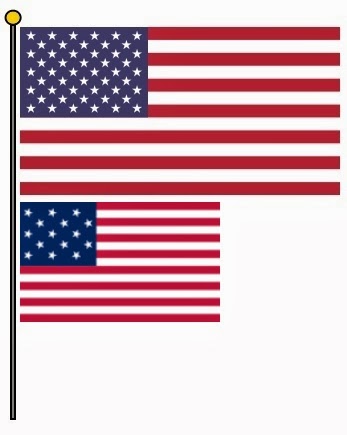 On March 4, 1791, Vermont became the 14th state of the United States, the first to be admitted to the Union which was not one of the original 13 colonies. Following Kentucky's admission as the 15th state in 1792, the flag was changed for the first time in 1795, adding two stripes and two stars. The flag was later returned to 13 stripes to represent the 13 original colonies, making Vermont one of only two states (besides the original 13) to ever have been represented by both a star and a stripe on the United States flag.