A Proposal Of Independence 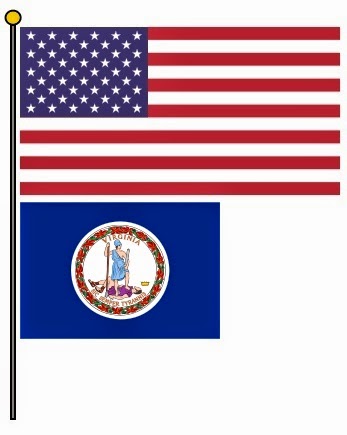 Today was one of the most pivotal dates in American history in 1776, when Virginia delegate Richard Henry Lee put forth a motion to the Second Continental Congress, in part:

"Resolved: That these United Colonies are, and of right ought to be, free and independent States, that they are absolved from all allegiance to the British Crown, and that all political connection between them and the State of Great Britain is, and ought to be, totally dissolved."

Lee's resolution was debated and eventually led to the approval and signing of the Declaration of Independence a few weeks later. Lee himself was absent when the vote for independence was taken, but signed the Declaration when he returned to Congress. In Lee's honor, we raise the flag of Virginia today.
Posted by Unknown at 2:00 AM