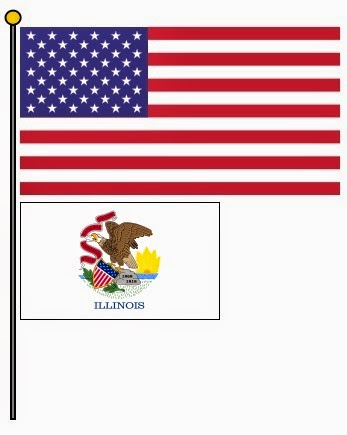 On this date in 1987, in a speech in West Berlin, President Ronald Reagan issued a challenge to Soviet leader Gorbachev which became some of the most famous words Reagan would say during his presidency:

Two and a half years later, in November 1989, the Berlin Wall would indeed begin to be dismantled, one of the biggest symbols of the collapse of the communist governments in Eastern Europe over the next few years. In Reagan's honor, we display the flag of his home state, Illinois.
Posted by Unknown at 2:00 AM